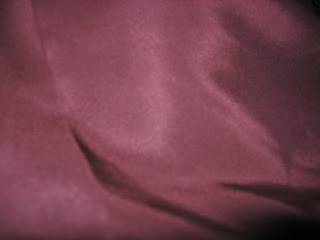 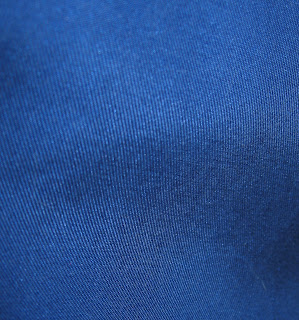 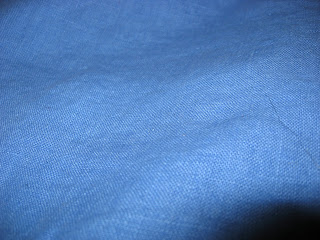 The second garment of which the Pskov reconstructors found fragments is believed to be a Viking style apron dress. They believe this because they found small linen loops, of the same type found in and with apron dresses in other Viking era finds, and the larger textiles were found wrapped around a pair of tortoise brooches.

The fabric photos at the top of this post are the fabrics I have chosen for my apron dress reconstruction. In order to describe why I selected those fabrics and colors, a little more description of the actual find is required.

As for the linen body of the apron dress, the photographed loop is of a darkish blue, and indigotin (the active colorant in both woad and indigo) is one of the few vegetable dyes that work well on linen, so I have assumed that the body of the apron dress consisted of blue linen. Because I wanted to have some contrast between the blue silk and the blue linen, I chose a blue that is lighter than my blue silk but darker than the blue I plan to use for the shift. The final photograph (below the purplish-red silk) is of that linen.

I am torn between beginning this project and waiting to see whether the full write-up of the find in NESAT X provides me with additional details. What has made me seriously consider the latter course of action is a critical detail that I learned from the abstract of the NESAT X article; namely, that the purplish-red silk in the Pskov find was patterned. The abstract observes:

On silken cloth no. 1, a woven pattern has been recognized with a scene of the Sassanian prince Bahram Gur hunting. In Europe, cloths with similar designs are known by finds from Milan, Cologne, and Prague. Within the territory of Russia they have been found at mountain burial grounds of the northern Caucasus. All of them are dated, at the latest, to the 9th century being imitations of the earlier Sassanian textiles.

That suggests, to me, that the reddish-purple strip is not only a much more costly patterned silk, but may have been an antique at the time it was appliqued onto the apron dress, since the Pskov find was dated to the tenth century, but the Sassanian-designed cloth is similar to ninth century textiles. (However, I don't yet know the reconstructors' basis for dating the Pskov find itself to the tenth century.)

So now I'm thinking about getting a patterned cloth to replace my purplish-red silk for the center strip trimming the front of the apron dress. I found this cotton upholstery fabric on EBay. It's available from the Waverly line of fabrics and is called "Persia". Though it mimics a hunting pattern from a later period (16th century), I suspect that it is closer to the fabric in the Pskov find than a plain silk would be.

Comments, anyone?
Posted by Cathy Raymond at 12:22 PM